Black Cumin Seed Carrier Oil is cold pressed from the seeds of the Fennel Flower.

Traditionally, Black Cumin Seed Oil has been used for its stimulating, warming, and tonic properties as well as for its harmonizing effect on the mood.

Used topically, Black Cumin Seed Carrier Oil is reputed to hydrate, soothe, smooth, and nourish the skin, to address fungal infections and blemishes, and to promote the skin’s reparation and regeneration, thus facilitating a smoother, clearer, and brighter complexion. It is known to exhibit the same effects when applied to hair.

When diffused, Black Cumin Seed Carrier Oil enhances and supports the health of the respiratory and digestive systems.

Black Cumin Seed Carrier Oil is reputed to have many therapeutic properties. The following highlights its many benefits and the kinds of activity it is believed to show:

PALMITIC ACID is known to:

STEARIC ACID is known to:

OLEIC ACIDS (OMEGA-9) are known to:

LINOLEIC ACIDS (OMEGA-6) are known to:

Used cosmetically or topically in general, Black Cumin Seed Oil is reputed to effectively address fungal infections, yeast, and mold with its anti-fungal properties. Its antioxidant activity is known to promote the skin’s elimination of harmful free radicals, thus diminishing the appearance of wrinkles, fine lines, dark spots, and other blemishes, thereby exhibiting a rejuvenating and revitalizing effects.

Rich in vitamins, minerals, and fatty acids, Black Cumin Seed Oil delivers gentle yet profoundly nourishing moisture that is easily absorbed into the skin, leaving it feeling smooth, hydrated, and nourished with a radiant look. Its softening quality makes it beneficial for even the most sensitive skin and its firming and regenerative properties are known to lessen the chance of scars developing from wounds. When applied to hair, Black Cumin Seed Oil is known to exhibit the same supportive effects, thus promoting the growth of stronger and smoother strands.

Used medicinally, Black Cumin Seed Oil works as an antiseptic and anti-bacterial agent that eliminates harmful topical bacteria while preventing their future growth, thus proving to stimulate a strong immune response. With anti-inflammatory and soothing properties, it soothes skin and facilitates its healing process to effectively address conditions such as eczema and psoriasis. Its analgesic properties make it ideal for reducing the discomforts of rheumatism.

Black Cumin Seed Oil can also be diffused in a vaporizer and, when diffused, it is reputed to enhance and support the health of the respiratory system. It is believed to have the potency to alleviate symptoms of asthma and bronchitis. Due to its carminative property, which enhances digestion and reduces discomforts such as stomach pain, bloating, and gas, it is believed to ease gastrointestinal disorders.

Black Cumin Seed Carrier Oil is derived from the seeds of the Nigella sativa botanical, better known as the Fennel Flower. It is also commonly known by various other names, including Black Oil, Baraka, Fitch Oil, Kalajira Oil, Kalonji Oil, and Love in a Mist, to name only a few.

For more than 3000 years, Cumin seeds and the oil that they yield have both been used in cosmetic, medicinal, and culinary applications. They were applied as herbal remedies, condiments, and treatments for aches and topical irritations, including bites, sores, inflammation, and rashes. According to historical sources, it is believed that Black Cumin Seed Oil was first used by the Assyrians of ancient Egypt, where it came to be used by renowned royal figures, such as Cleopatra and Nefertiti, who used it in their skincare routines, beautifying baths, and medicinal applications.

In India and the Middle East, Black Cumin seeds – which have a bitter and pungent flavor that can be likened to a blend of black pepper, onions, and oregano – have been dry-roasted and used as a spice and flavor agent in vegetables, pulses, bread, curries, and string cheese. In Ayurveda, Black Cumin Seed Oil has been used in a wide range of applications, mainly for its stimulating, warming, and tonic properties as well as for its uplifting effect on the mood. Traditionally, it was used to address health conditions such as anorexia, sexually-transmitted diseases, and gynecological ailments. It was also believed to be beneficial for stimulating the appetite and metabolism, easing neurological disorders, positively enhancing negative temperaments, and promoting harmony within the body and mind.

According to historical records of Greek physicians in the 1st century, they used Black Cumin Seeds to address toothaches, headaches, nasal congestion, and intestinal worms. Due to the strengthening property of Black Cumin Seed Oil, physicians like Hippocrates prescribed it to patients who experienced general illness and feebleness. Other ancient Greeks used it to stimulate the onset of menstruation and to increase milk production in women. In ‘The Book of Healing,’ author and physician Ibn Sina, also known as Avicenna, accredited Black Cumin Seed with healing abilities, commending it for its invigorating, stimulating, and preventative properties. The book speaks of the seeds as agents for boosting energy and alleviating weakness, exhaustion, sadness, and feelings of discouragement. Furthermore, he endorsed the therapeutic application of Black Cumin seeds for addressing and soothing symptoms of common colds, fever, headaches, topical irritations, wounds, skin disorders, toothaches, and intestinal worms and parasites. 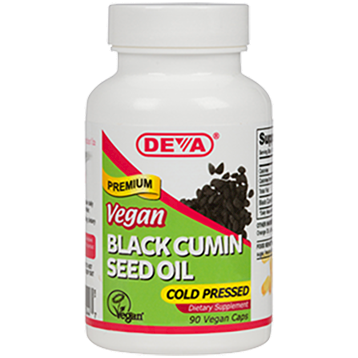